Austin-based songwriter Heather Miller knows the value of doing the work.  From listening to Donovan and The Beatles as a kid in Fairfield, Iowa and picking up a guitar in college and teaching herself a few chords, she’s honed her skills through setting and subsequently achieving lofty goals.

Starting out with a year-long intensive focus program wherein she performed at 157 open mics and recorded an EP (released 2012) with producer Daniel Barrett (porter.davis) Miller has set her sights higher – writing and recording a song a week (for over a year) for her Patreon patrons and hosting a weekly open mic to give back to the Austin musical community.

As producer Daniel Barrett says, “Heather writes songs of connection. She’s the real deal. She will brighten your day and soften your heart.” 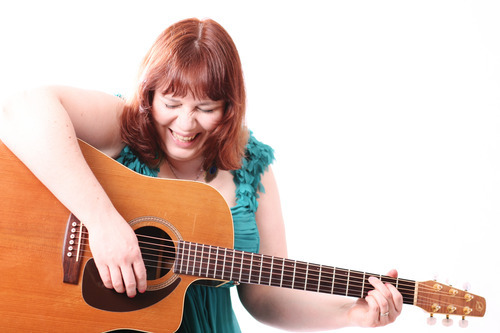 “Heather Miller is a songwriter deeply committed to the craft, with songs that run from the whimsical to the heartbreaking. She captures perfect, subtle moments and uses them to paint life’s stories, but whatever the topic, the underlying thread that connects them all is her raw honesty — and the courage it takes to connect to her listeners’ hearts.” —Lauryn Shapter – Truckstop Souvenir

“Heather Miller brings incredible depth of thought to her lyrics and a sweetness to her melodies that can grab a listener on first listen and burrow in deep for repeated listenings. She’s a true songwriter gem!” —Jana Pochop – Social Thinkery

“Heather’s songs are like a nice, warm cuppa—they soothe your soul and restore your faith in all that is good.” –C.S. – Writer

“Heather Miller writes songs of connection. Connecting what you’ve been feeling to what you’ve been trying to say. Connecting to characters that feel like long lost family. Connecting lightness and humor to loneliness and hurt. Taking her place in the lineage of acoustic folk songstresses, Heather is the real deal. She will brighten your day and soften your heart.” —Daniel Barrett – Rubicon Artist Development

I am a singer-songwriter. I wrote my first song in 2001. In the time since then, music has gifted me over and over, pushing me forward, bringing me to new cities, stages, festivals, classes, and corners of the internet. Music has introduced me to new friends, forced me to be brave, and created all sorts of connections.

You can be part of that now…